To Kill A Mockingbird - Harper Lee

One of the best-loved stories of all time, To Kill a Mockingbird has been translated into more than 40 languages, sold more than 30 million copies worldwide, served as the basis for an enormously popular motion picture, and was voted one of the best novels of the 20th century by librarians across the country. A gripping, heart-wrenching, and wholly remarkable tale of coming-of-age in a South poisoned by virulent prejudice, it views a world of great beauty and savage inequities through the eyes of a young girl, as her father - a crusading local lawyer - risks everything to defend a black man unjustly accused of a terrible crime.

Catcher in the Rye – J.D. Salinger

Through circumstances that tend to preclude adult, secondhand description, he leaves his prep school in Pennsylvania and goes underground in New York City for three days. The boy himself is at once too simple and too complex for us to make any final comment about him or his story. Perhaps the safest thing we can say about Holden is that he was born in the world not just strongly attracted to beauty but, almost, hopelessly impaled on it.

There are many voices in this novel: children's voices, adult voices, underground voices-but Holden's voice is the most eloquent of all. Transcending his own vernacular, yet remaining marvelously faithful to it, he issues a perfectly articulated cry of mixed pain and pleasure. However, like most lovers and clowns and poets of the higher orders, he keeps most of the pain to, and for, himself. The pleasure he gives away, or sets aside, with all his heart. It is there for the reader who can handle it to keep.

Winston Smith toes the Party line, rewriting history to satisfy the demands of the Ministry of Truth. With each lie he writes, Winston grows to hate the Party that seeks power for its own sake and persecutes those who dare to commit thoughtcrimes. But as he starts to think for himself, Winston can’t escape the fact that Big Brother is always watching...

A startling and haunting novel, 1984 creates an imaginary world that is completely convincing from start to finish. No one can deny the novel’s hold on the imaginations of whole generations, or the power of its admonitions—a power that seems to grow, not lessen, with the passage of time.

Set in Italy during World War II, this is the story of the incomparable, malingering bombardier, Yossarian, a hero who is furious because thousands of people he has never met are trying to kill him. But his real problem is not the enemy—it is his own army, which keeps increasing the number of missions the men must fly to complete their service. Yet if Yossarian makes any attempt to excuse himself from the perilous missions he’s assigned, he’ll be in violation of Catch-22, a hilariously sinister bureaucratic rule: a man is considered insane if he willingly continues to fly dangerous combat missions, but if he makes a formal request to be removed from duty, he is proven sane and therefore ineligible to be relieved.

Pecola Breedlove, a young black girl, prays every day for beauty. Mocked by other children for the dark skin, curly hair, and brown eyes that set her apart, she yearns for normalcy, for the blond hair and blue eyes that she believes will allow her to finally fit in. Yet as her dream grows more fervent, her life slowly starts to disintegrate in the face of adversity and strife. A powerful examination of our obsession with beauty and conformity, Toni Morrison’s virtuosic first novel asks powerful questions about race, class, and gender with the subtlety and grace that have always characterized her writing.

William Henry Devereaux, Jr., is the reluctant chairman of the English department of a badly underfunded college in the Pennsylvania rust belt.  Devereaux's reluctance is partly rooted in his character--he is a born anarchist--and partly in the fact that his department is more savagely divided than the Balkans.

In the course of a single week, Devereaux will have his nose mangled by an angry colleague, imagine his wife is having an affair with his dean, wonder if a curvaceous adjunct is trying to seduce him with peach pits, and threaten to execute a goose on local television.  All this while coming to terms with his philandering father, the dereliction of his youthful promise, and the ominous failure of certain vital body functions.  In short, Straight Man is classic Russo—side-splitting, poignant, compassionate, and unforgettable.

Here we have a collection of essays and speeches by me, with breezy autobiographical commentary serving as connective tissue and splints and bandages. Here we go again with real life and opinions made to look like one big, preposterous animal not unlike an invention by Dr. Seuss...

Here is the adventure of Eugene Debs Hartke. He’s a Vietnam veteran, a jazz pianist, a college professor, and a prognosticator of the apocalypse (and other things Earth-shattering). But that’s neither here nor there. Because at Tarkington College—where he teaches—the excrement is about to hit the air-conditioning. And it’s all Eugene’s fault.

Slaughterhouse-five; or, The children's crusade, a duty-dance with death. - Kurt Vonnegut https://cat.opal-libraries.org/record=b1564414~S16

We have always lived in the castle. – Shirley Jackson

Taking readers deep into a labyrinth of dark neurosis, We Have Always Lived in the Castle is a deliciously unsettling novel about a perverse, isolated, and possibly murderous family and the struggle that ensues when a cousin arrives at their estate.

First published in 1959, Shirley Jackson's The Haunting of Hill House has been hailed as a perfect work of unnerving terror. It is the story of four seekers who arrive at a notoriously unfriendly pile called Hill House: Dr. Montague, an occult scholar looking for solid evidence of a "haunting"; Theodora, his lighthearted assistant; Eleanor, a friendless, fragile young woman well acquainted with poltergeists; and Luke, the future heir of Hill House. At first, their stay seems destined to be merely a spooky encounter with inexplicable phenomena. But Hill House is gathering its powers—and soon it will choose one of them to make its own.

Jackson’s four children have grown from savages into full-fledged demons. After bursting the seams of their first house, Jackson’s clan moves into a larger home. Of course, the chaos simply moves with them. A confrontation with the IRS, Little League, trumpet lessons, and enough clutter to bury her alive—Jackson spins them all into an indelible reminder that every bit as thrilling as a murderous family in a haunted house is a happy family in a new home. 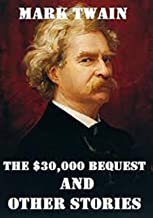 The adventures of Tom Sawyer

Following the equator : a journey around the world