Folksy and fresh, endearing and affecting, Fried Green Tomatoes at the Whistle Stop Cafe is a now-classic novel about two women: Evelyn, who’s in the sad slump of middle age, and gray-headed Mrs. Threadgoode, who’s telling her life story. Her tale includes two more women—the irrepressibly daredevilish tomboy Idgie and her friend Ruth—who back in the thirties ran a little place in Whistle Stop, Alabama, offering good coffee, southern barbecue, and all kinds of love and laughter—even an occasional murder. And as the past unfolds, the present will never be quite the same again.

Beginning with her experience as a medical actor who was paid to act out symptoms for medical students to diagnose, Leslie Jamison's visceral and revealing essays ask essential questions about our basic understanding of others: How should we care about each other? How can we feel another's pain, especially when pain can be assumed, distorted, or performed? Is empathy a tool by which to test or even grade each other? By confronting pain―real and imagined, her own and others'―Jamison uncovers a personal and cultural urgency to feel. She draws from her own experiences of illness and bodily injury to engage in an exploration that extends far beyond her life, spanning wide-ranging territory―from poverty tourism to phantom diseases, street violence to reality television, illness to incarceration―in its search for a kind of sight shaped by humility and grace. 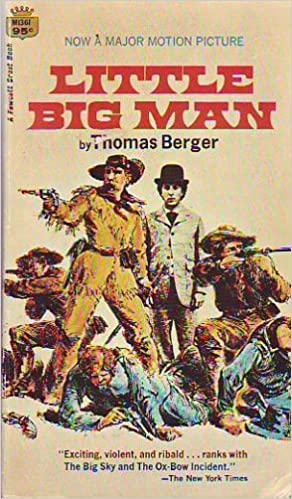 Little Big Man is a 1964 novel by American author Thomas Berger. Often described as a satire or parody of the western genre, the book is a modern example of picaresque fiction. Berger made use of a large volume of overlooked first-person primary materials, such as diaries, letters, and memoirs, to fashion a wide-ranging and entertaining tale that comments on alienation, identity, and perceptions of reality. Easily Berger's best known work, Little Big Man was made into a popular film by Arthur Penn. It has been called "Berger's response to the great American myth of the frontier, representing as it does most of the central traditions of American literature."